Cinema allows its audience to become immersed in various settings and situations where they can surpass their imaginations. Sometimes, we’re cooped inside for so long that we yearn for the nostalgic feelings of exploring the world and putting our worries aside. Does it surprise you that many movies take place at or near lakes?

As most of us watch movies as a form of escapism, we search for ones that resonate strongly with us. Since many movies tend to follow trends, such as genres, settings, or themes, there aren’t limitations to what kinds of stories you can tell. Movies are subjective forms of art, so you may enjoy some movies over others.

We’ve compiled a list of movies centered or taking place at lakes that we recommend you check out to expand your film collection. They vary in tone, genre, and themes, so this would make an excellent opportunity to appreciate different filmmaking perspectives.

Stick around at the end for some honorable mentions that you may not have heard of yet!

Let’s dive into a list of our top 10 favorite movies that take place on lakes.

If you’re in the mood for watching something gruesome, you might like spending your evening viewing this intense Finnish slasher flick. Set at the titular Lake Bodom, this film centers around a group of teenagers camping in the lake’s vicinity who find themselves in a chain of murderous events.

Taking inspiration from the 1960 Lake Bodom murders’ actual events, this film offers a significant amount of tension and suspense as the characters attempt to escape a mysterious murderer.

Much like the unresolved homicide case, the film delivers a sense of urgency that coincides with the conflict between the characters trying to survive. This reason makes it a formidable entry on this list.

If you’re looking for another film with lakes, consider giving Thunder Rock a watch. Based on the play with the same name, the story follows ex-journalist David Charleston’s internal conflict as he secludes himself from the world in a lighthouse at Lake Michigan. While there, he starts seeing the ghosts of people in a shipwreck, and all of them discuss their life struggles.

This movie delves into the psyche of a reclusive man shafted by society after ignoring his warnings about the rise of fascism and war. The ghosts also tell their stories about their ostracization by society for being progressive or outside the norm.

This theme can resonate with viewers who may find themselves in situations where they feel they no longer have a purpose in life but insinuates that you can still find hope. The lake also adds to the isolation Charleston feels.

If you’re in the mood for a classic slasher film, this might be an excellent option for movie night. As several counselors attempt to reopen an abandoned summer camp, a mysterious killer starts hunting them down. This movie remains an iconic hallmark in cinema, with numerous sequels and a crossover with A Nightmare on Elm Street.

We find it amusing that the filmmakers used an actual Boy Scout campground as the backdrop for their nightmarish slasher that doesn’t drive people away from it. Perhaps this fear entices curiosity for people who are interested in these films.

Some people may prefer more lighthearted stories to watch. In this case, a romantic comedy might be up your alley. Starring Vanessa Redgrave, Edward Fox, and Uma Thurman, this romantic comedy takes place at Lake Como. It centers on the older Miss Bentley’s escapades seeking interest in a bachelor while competing against the younger, flirtatious Miss Beaumont.

If comedy isn’t the only thing that draws you into this film, the beautiful backdrops of Lake Como might entice you. The idea of spending time at a lake resort piques people who enjoy luxury while watching a love triangle commence makes these clashing concepts blend so well comedy-wise.

This movie is another comedy we recommend you watch to lighten the mood. In this film starring Richard Dreyfuss and Bill Murray, a psychiatrist’s family vacation is interrupted when his patient decides to tag along. Hilarity soon ensues in this summer classic full of laughs and heart.

Although the film has its characters stay at Lake Winnipesaukee in New Hampshire, the filmmakers filmed near Smith Mountain Lake in Virginia. New Hampshire experienced seasonal changes as summer transitioned into autumn. Still, it’s a beautiful sight to take in when you do watch it. Perhaps it might jumpstart your nostalgia for summer vacations by the lakeside.

If you’re looking for a lake movie with a fantastical twist, this take on the legend of Loch Ness should lift your spirits. The Water Horse tells the story about a young boy, while in denial about his father’s loss, befriending the titular lake monster he found as an egg. As the water horse grows, tensions rise as its secret is exposed and outside forces threaten it and the people who know of its existence.

Although this film borrows from Loch Ness’ mythology, the filmmakers used Lake Wakatipu in New Zealand as their shooting location for their “Loch Ness.” We think this film’s setting compliments the mystical elements of the film that lets viewers suspend their disbelief as the themes of friendship and acceptance intertwine.

This romantic drama starring Sandra Bullock and Keanu Reeves is about two people who connect through a lake house they occupied at separate times. We find this film compelling because it connects two people through an inanimate location, and they push past the boundaries of time to be together.

Despite the two-year gap between their occupancies, their conversations create a compelling drama that draws the viewer in anticipation for when the two eventually meet face to face.

This movie’s titular lake house’s key location is another beautiful aspect of the film that grabs our attention. They filmed the movie at Maple Lake and specifically built the house for the movie’s production. Afterward, they tore it down, so, unfortunately, it no longer exists.

This TV movie centers around an estranged family, a law student, an artist, and their mother, reconnecting at Smith Mountain Lake, following their father’s death.  As they spend time at their old home, they get involved with a strange array of locals who believe a creature lurks in the deepest depths of the lake.

The scenery in this film is breathtaking and a sight that many should see. Its natural beauty gives the film an organic feel, and blends well with the family’s reconnection. This film has a lot of heartwarming and hilarious moments, so you should add it to your watchlist whenever you’ve got time.

Another classic on our list is best suited for avid fans of dancing and romance. Starring Jennifer Grey and Patrick Swayze, this film centers around a woman who goes to a resort and finds herself falling in love with her dance instructor.

Its iconic soundtrack makes it as memorable now as it was back then. It was also the first film to sell more than a million copies for home release. Most of the principal film shooting took place at Lake Lure, North Carolina, and Mountain Lake, Virginia. If you give this film a watch, you’ll have “the time of your life.”

This movie is another classic comedy centered around camping hijinks. Starring John Candy and Dan Aykroyd, this movie centers around two families clashing during summer vacation at a Pechoggin lake resort. If you want to see a film with barbeques, water skiing, and a ferocious bear, this might be an ideal film to get you laughing.

Although the film takes place at a Wisconsin lake, filming took place in Bass Lake, California. When you’re watching this, perhaps you’d like to take a vacation around this lake, too. If you’re a fan of the outdoors, this film might resonate strongly with you.

No matter what genre a movie falls under, it’s good enough for us if it has a lake in it. Although we’ve listed many lake movies for you to check out, here are a few more titles you should watch when you have the time.

We also have articles comprise of related list of the movies you will enjoy watching:

While many of these lake movies differ in tone, genre, and storytelling, they are still enjoyable for anyone to watch. While different in many ways, we think that these movies also have several similar elements that embody the nature of lakes. They’re dark and filled with mystery, they’re beautiful to behold, and may house life and death.

Many lakes are isolated locations that add layers to some of the stakes and give insight into underlying things you may miss during your first watch through. If you’re a lake enthusiast, learning about where the directors made these films might give you a better appreciation for filmmakers and their artistic visions. 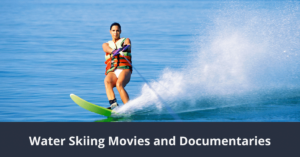 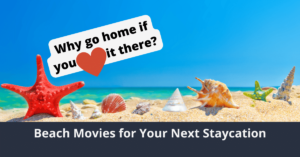 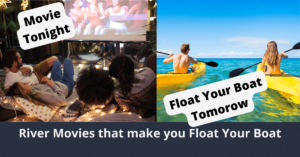