The deep ocean is one of the most unknown places our species has ever visited, with only about five percent of the seafloor mapped. Scuba divers are some of the few people who ever get close to seeing more of the seafloor, so movies that feature them show the unknown in a way few other themes can. Here are our favorite scuba diving movies and documentaries.

All of the films on our list feature scuba diving as either the primary focus or a significant plot element. However good they might be otherwise, movies with brief scuba scenes don’t have enough of a focus to get onto this list.

Here are our favorite films about going down into the deep, presented in no specific order.

This 1989 adventure-drama by James Cameron (the Terminator series, Avatar) follows a U.S. SEAL team using an experimental, civilian underwater oil rig to try and salvage whatever they can from a lost nuclear submarine. Tensions mount as a hurricane on the surface limit communications, while something else might be down in the deep.

Beyond portraying the stress and fear that lurks within the world’s deep waters, this film is a unique technical masterpiece due to the challenges of filming without as much CGI as modern movies possess. Many crew members, James Cameron, and much of the principal cast all had to become dive-certified for filming deep underwater.

Many shots also mix life footage with greenscreen, photography, animatronics, and CGI simultaneously, which is something you don’t see in many films. The Abyss is more than a movie that features diving; it’s also an excellent film for movie buffs who want to see some of the most complex artistry in any movie ever created.

While not as technically complex as The Abyss, this action-mystery film starring Dustin Hoffman, Sharon Stone, and Samuel L. Jackson treads some familiar themes. After Navy divers find a half-mile object 1000 feet below the ocean, scientists deploy to uncover more about it. Unfortunately for them, there may be something entirely inhuman about it.

Sphere is a casual movie, best enjoyed as part of a relaxing night when you want something about scuba diving on the screen without having to pay too much attention to it. We like this movie mainly because it helps reinforce the notion of the deep sea hiding any number of treasures and dangers, which is entirely accurate to real life.

After all, considering how little of the ocean we’ve explored, it’s hard to prove there isn’t something otherworldly down there…

3. The Life Aquatic WIth Steve Zissou

This 2004 action-comedy stars Bill Murray as the titular character as he embarks on a quest to get revenge on a mythical shark that killed his partner. While the plot has echoes of Moby-Dick, it treats its serious themes with plenty of comedy so it can focus on the weirder aspects of life under the sea.

The MPAA doesn’t recommend this comedy for children, though. It’s rated R for its combination of language, some drug use, violence, and partial nudity. Scuba diving is also less-prominent as a plot element compared to some of the other films here but nevertheless plays a pivotal role as the overall plot advances.

Most films about diving focus on horror to one degree or another, so this film comes as a welcome shift in tone if you’re looking for something more light-hearted.

This action-crime movie follows a group of divers who find themselves entangled in a much wider-ranging plot after they come across a cargo of drugs in a sunken plane. The ocean contains plenty of riches, but retrieving that wealth will be harder than they ever imagined.

While this film’s plot is okay at best, its generally solid cinematography offers some excellent shots to enjoy as the protagonists dive into the ocean. Bring some popcorn, relax on the couch, and enjoy the show if you’re looking for a diving movie that doesn’t worry about getting too deep.

If horror is the biggest theme of diving movies, treasure is the runner-up. Even children dream of finding sunken ships full of gold, but adult treasure hunter Benjamin Finnegan (Matthew McConaughey) is no child. Unfortunately, he is basically broke, and he’s just divorced from his long-time diving partner Tess.

Things only get more complicated (or, perhaps, sillier) as Benjamin needs to balance his debts to a murderous rap star, the need to get Tess’ multimillionaire boss to fund his search and find the treasure before a gang of rivals locate it first.

With a PG-13 rating from the MPAA, Fool’s Gold is another choice for relaxed fun where the real entertainment is watching the cinematography rather than going deep into the workings of the human mind.

This classic Steven Spielberg features less scuba diving than most of the other films on our list, but what it lacks in quantity it makes up in sheer quality. It’s a hot summer on Amity Island, a small community area that relies heavily on its beaches to generate traffic.

Martin Brody, the new sheriff in town, finds the remains of a victim of a shark attack and wants to close things down for safety. Amity Island’s mayor and business people disagree, though, but more attacks soon lead to a bounty being put on the shark and enormous numbers of hunters looking to cash in on the prize.

Despite its terror and focus on violence, this film is only rated PG, which means it’s suitable for watching with most children. It also has several sequels, but most of those are considerably more forgettable than Spielberg’s original classic. If you love cinema and want a movie with scuba diving, Jaws is a must-see.

This biographical drama stars Cuba Gooding Jr. as Carl Brashear, an African-American in the Navy during World War II. With racism rife in the military and a trainer who only wants to see him fall and fail, Brashear has more than one enemy as he tries to become the first official Navy Diver with a darker skin tone.

Men Of Honor stands out for being based closely on real-life events, with no fantastic monsters or deep-sea treasures to worry about. Brashear has much more immediate issues to deal with as America abruptly enters World War II, so scuba diving serves as the focus of his efforts in a much larger and more compelling tale.

What’s the only thing scarier than the crushing pressure of the deep? If you ask producer Andrew Wight, it’s probably dealing with all the issues of diving while trapped in one of the least-accessible cave systems on the planet. He would know, given his own near-death experience in 1988.

Sanctum is particularly notable for being a 3D movie, which helps bring a greater sense of pressure and panic to the Esa-ala Caves expedition. Limited supplies and the need to move through an underwater labyrinth make things increasingly tense for both the cast and the audience.

The cinematography is the real draw of this film, though, with many of its best scenes serving as a true feast for the eyes.

Almost like a predecessor to Into The Blue, which strongly resembles this earlier film, The Deep focuses on the tale of two vacationers diving in Bermuda waters. After they accidentally discover a way into a deadly wreck, they find themselves in an increasingly-dangerous mess with local treasure hunters.

This movie features a series of extended underwater sequences, which makes scuba diving a significantly more prominent part of the story than it might otherwise be. It also has some thoughtful looks at the process of treasure hunting, which is one reason that many people have for learning to dive in the first place.

One of Disney’s most classic films, and a movie that’s been remade more than a few times, this story follows the adventures of Captain Nemo, the crew of his ship the Nautilus, and several civilian assistants as they try to unravel the mystery of a vicious narwhal sinking ships with its extended horn.

Disney won two Oscars for this movie, as well as two Academy Awards (in Best Art Direction and Best Effects) and several other nominations. Drama abounds as the main characters try to advance their own agendas, all while deep beneath the waters of the world.

While other directors have tried their hands at this movie, nothing quite comes close to Disney’s outstanding adaptation of the famous Jules Verne story.

A Few Other Scuba Diving Movies and Documentaries Worthy of Mention

We also have these related articles on Scuba Diving that you should be considering before your next dive:

Scuba diving leans more towards movies than documentaries when we compare it to some other aquatic sports, and it’s not hard to see why. With limited oxygen and visibility, the conditions for drama almost write themselves, and that’s only heightened by the real possibility that almost anything could be lurking out in the water. 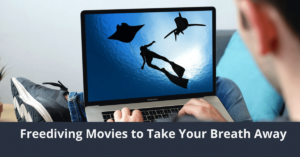 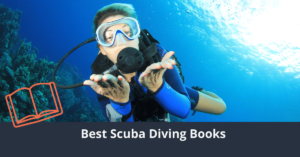